Every now and then, I read comments from Whovians about how
the programme is called:
"Doctor Who"
- and how you shouldn't write the title as:
"Dr. Who".
Also, how the central character is called:
"The Doctor",
and should not be referred to as:
"Doctor Who" (or "Dr. Who" for that matter)

But of course, the Truth never quite that simple
As the Evidence below will show...

Yes, the programme is titled: "Doctor Who", but from the very beginning
– in fact from before the beginning, the title has also been written as: “DR WHO”.

From the BBC Archive
Original 'treatment' (Proposal notes) for the 1963 series: 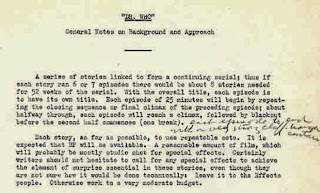 
[From the same original proposal document:] 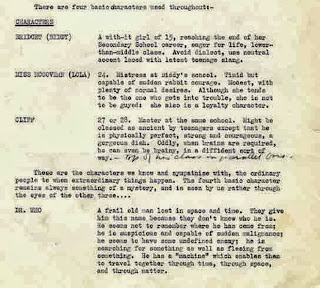 In the BBC's own 'Radio Times' TV guide (issue dated 14 November 1963),
both the programme and the central character are called: "Dr. Who"

On page 7 of the BBC 'Radio Times' TV guide (issue dated 21 November 1963)
there is a short feature on the new programme: 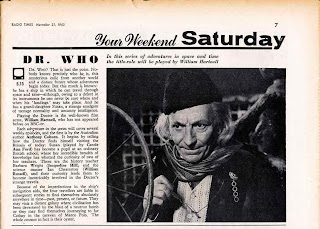 Again, the programme is titled: "DR. WHO"


"In this series of adventures in space and time the title-role [i.e. DR. WHO]
will be played by William Hartnell"This time, however, in the text of the article itself, the character is also referred to as:
"the Doctor". So, it would seem that, from the outset, both: "the Doctor" and:
"Dr. Who" were correct ways of referring to the character.


In the same issue of the BBC 'Radio Times' TV guide
- in the actual listings for 23 November, 1963 [the first ever Episode],
again we see the programme titled as:
"DR. WHO"
and William Hartnell's character is also listed as: 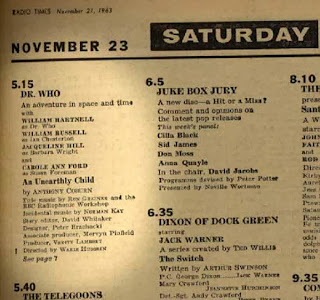 And so it would be continuously throughout the years up into the fourth
incarnation of the central character. 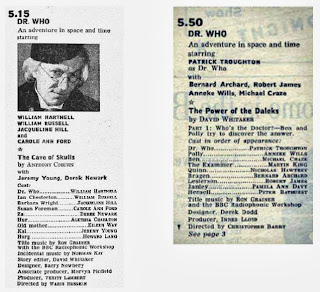 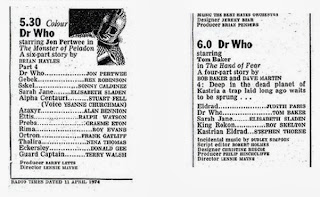 Also, for the first eighteen years of the programme's history (1963 – 1981), in the closing credits for the first four incarnations of the Time Lord, the character is listed as either:
"Dr. Who" or: "Doctor Who" - not as: "The Doctor" 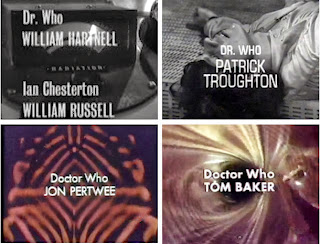 In fact, it is not until the beginning of the fifth (Davison) incarnation that the character is listed in
the credits as: 'The Doctor' - something which would also continue through the Colin baker and
Sylvester McCoy years, up to the suspension of the programme. 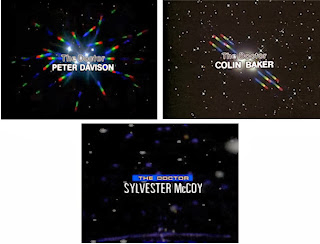 When the programme returned to television in 2005,
the character was once again listed as: "Doctor Who" 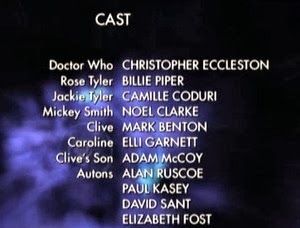 In the final episode of the Eccleston era: "The Parting of the Ways",
the credits include:


"and introducing DAVID TENNANT as Doctor Who” 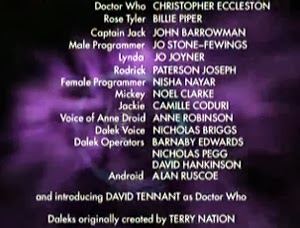 It was only in the Tennant era proper, beginning with the Christmas Special:
"The Christmas Invasion", that the character was again listed as:
"The Doctor”

It seems fairly clear that it was acceptable, for those actually working on the programme,
to refer to the character as: "Dr. Who".

In an interview promoting the story: "The Three Doctors" (December '72 - January '73), Barry Letts, the programme's then producer, explains "The new story is that there is a black hole in space through which cosmic energy is draining. Everybody is helpless. Even Dr. Who - if he is alone. So the only people he can draw on to deal with it are his other selves."

And Verity Lambert, the programme's original producer, states: "I cast William Hartnell as Dr. Who, after seeing him playing a rugby talent scout in the Richard Harris film This Sporting Life." 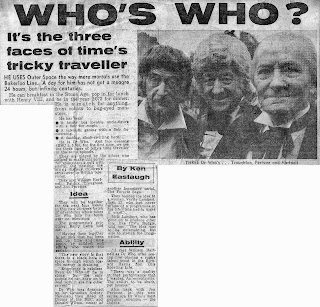 In fact, right up to the end of season 18,
he character was still officially being referred to as: "Doctor Who":


[Production paperwork for the story: "The Keeper of Traken" ] 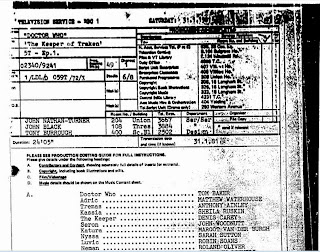 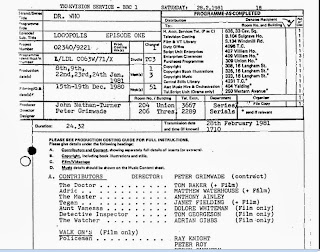 And even then, there would be a small handful of stories where - in the production paperwork - the character would still be identified as : "Doctor Who" [i.e. "Four to Doomsday", "The King's Demons", "Resurrection of the Daleks", "Time and the Rani" & "Battlefield"] 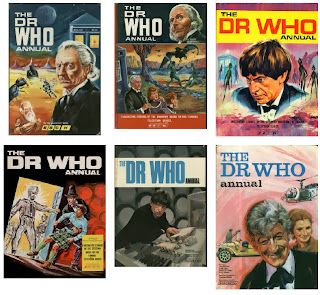 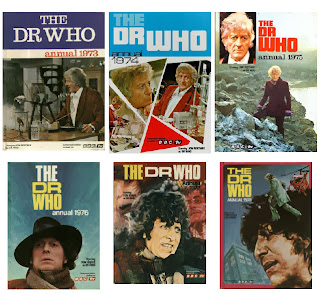 And of course, there were also the Doctor Who novelisations, beginning in 1964 with: 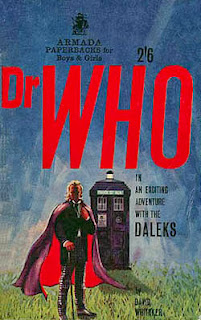 [Paperback Edition]
."Dr WHO in an exciting adventure with the Daleks" 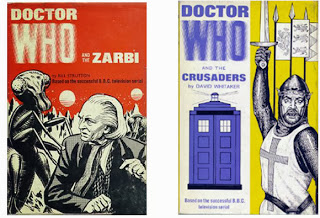 These were reprinted in 1973, and in the years from '73-'94 they were followed by
somewhere in the region of 150 further novelisations
- of which, 66 out of the first 70, had titles clearly referencing the Time Lord as:
'Doctor Who'


And then of course, in London's newly-completed G.P.O. Tower: 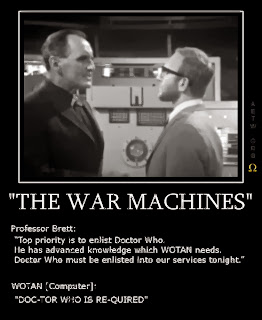